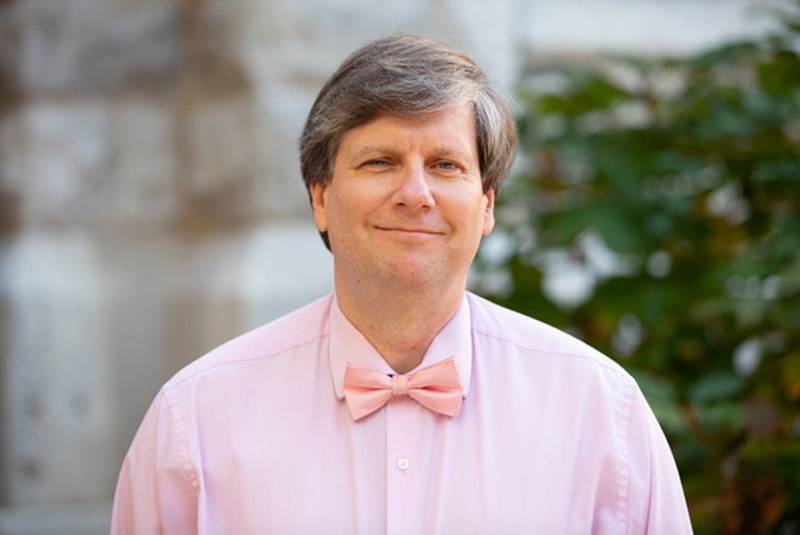 “Michael Britt was a consummate musician, with the ability to play in a wide variety of styles,” said Cantor Thom King.  “He had an intrinsic gift for accompanying singers, and a special talent for improvisation which served him well in the synagogue, church, and when providing the “soundtrack” for silent movies. His extraordinary career took him around the world, and he loved Beth El’s services, members, and clergy. He will be sorely missed by everyone whose lives he touched with his enormous talent and his beautiful soul.”

Michael was born in Baltimore and raised in Arbutus. At age 12, he began his formal musical studies at the Peabody Conservatory of Music. Michael would later earn a bachelor’s degree in organ performance from the Peabody and received the school’s Richard Ross and Richard Phelps awards.

Michael went on to play at the Stone Chapel and Arbutus United Methodist and spent 26 years as director of music at the Shrine of the Little Flower in Northeast Baltimore. He was also a past music director at St. Margaret’s Church in Bel Air.

Michael Britt first performed at Beth El in 1981, at the invitation of the congregation’s primary organist, Mr. Bruce Eicher, his teacher at the Peabody Institute.

Mr. Britt attended countless Shabbat morning and High Holy Day services at Beth El, observing how Mr. Eicher complimented Cantors Hammerman and King. Over the years, Michael would fill in as the backup organist for Mr. Eicher. In 2019, when Bruce Eicher retired, Michael took over the duties as primary organist at Beth El.

Michael’s memory, and the beautiful gift of music that he gave to all of us, will always be a blessing.

There will be two memorial services for Michael Britt. Both services are being held at institutions where Michael had a longtime connection. Cantor King and our Beth El Choir will be participating in both services.